Kerala Blasters FC head coach Ivan Vukomanovic and defender Jessel Carneiro addressed the media in an online press conference before the Durand Cup match against the Indian Navy. The gaffer and captain expressed their expectations and plans for the event and beyond.

Ivan expressed his views on participating in the Durand Cup.

“It’s always nice to compete and, when you participate in these kinds of tournaments, everybody has a chance to win it and it’s nice to be part of such a prestigious tournament of course. It’s our honour to be here.
On the other side, we are in the middle of our preparation period for the ISL, so we are continuing our program, having ISL in mind. “.

Adding to this, the gaffer mentioned that the team will be benefited from the games and can prove themselves.

Jessel on being asked about playing in a pre-season tournament rather than friendly games.

“Each match is the same, whether it is a practice match or a competitive game or a tournament, I would say we have to go all out and give our best. It’s a time where we are preparing ourselves and we have to show our capabilities whenever we get an opportunity to prove ourselves, we need to grab that opportunity and show what the quality we have.”

Adding, he also shared his views that injuries are part and parcel of the game but the team will give its full efforts in every game they play.

“I must admit that I am positively satisfied with everything that happened
in Kochi. We started on a positive note and with good intentions. We are still in a period where we will be completing our team, especially later with the foreigners arriving in India. We are pleased because we’ve worked for five weeks in Kochi with all possible conditions needed for quality work avoiding injuries and difficult moments. We are very happy with the efforts shown by the boys in every training session, the professional level of behaviour on the pitch, outside the pitch in the hotel. We are happy building up good relationships and are trying to get the positive attitude and atmosphere.”

“We felt enormous energy and support in Kochi and was pleased to be spending five weeks over there, it felt nice. I have to thank and be grateful to all the guys for the support and all the fans who showed up.”

Talking about the facilities in Kolkata he said

” We respect everything we received here. Maybe it’s not like we planned, maybe about the training timings or let’s say some other conditions of facilities. But you know, we are the team who wants to adapt, we are the team who has to adapt to certain circumstances and we are continuing our work. The past couple of days, it was not easy because a couple of times we are obliged by the organisation people to train at eight ‘o’clock
in the morning which is not our planned time.
But then we understand that with many teams and only a few playgrounds, it’s not easy to organise all the schedules. So we respect and we continue our work and hopefully, we will make more progress and the boys will be happy with everything we are about to achieve.”

Ivan also gave an update about the foreign contingent

“Enes Sipovic, Adrian Luna and Chencho Glyshen are here with us. Chencho has had a long break so we are now working with him to put him back in the correct and positive rhythm, to get back him to the correct shape so that he can participate at the highest level. If you speak about the other foreign signings, we are expecting them to be here till the end of next week but it depends upon the administration works of the embassies in their countries. We have good relationships with them and they’ve promised us that everything will be settled with visas and papers during the next week and hopefully they will join us till the end of next week.”

Jessel was asked about the new season and his aims along with the competition inside the team as KBFC have a new left-back in the form of Sanjeev Stalin. To which he replied that the ultimate aim is to win the ISL and every decision will be for the betterment of the team

“If you speak about the length of ISL competition, comparing to other world competitions it’s short. the big break must be filled with training sessions, games and everything. I think these kinds of tournaments would be very useful for everybody, especially for players, developing and improving certain qualities. If you speak about the period of the tournament, let’s say in the middle of one important part of our preseason, where we have to be careful about certain things. On the other side, during the preseason, there are always friendly games, they are only games where you want to confirm certain aspects of work because, during the training sessions, you try to repeat some things, you try to learn new things. How to improve, how to play, how to solve certain problems and situations on the pitch.”

The coach added that it’s interesting for the players who may even start to play at an amateur level to play, compete and win, as it feels good and improvement can be achieved. He also added that since Durand Cup has a competitive nature, it adds more value to the feeling of winning mentality and improvement.

The Blasters foreign armada is filled with a mixture of players who have prior experience in the Indian soil as well as new faces in Indian football. On being asked about the experience factor, Ivan said

” In both cases, it can be accepted. It is very good for the club. If you speak about Sipovic and Chencho, the guys who had the experience in ISL, of course, they don’t need time to adapt to the weather conditions, to the football style because they know the league, they know the opponents, even teammates, so for them, it’s a little bit easy. For other players, of course, there is internationals and football is a worldwide brand and we play football all around the world so with the qualities that they have will be part of ISL and Kerala Blasters, and will try to improve even more and play good games together.”
Opinioned Ivan 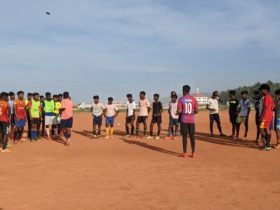 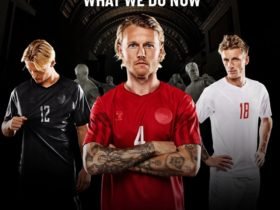 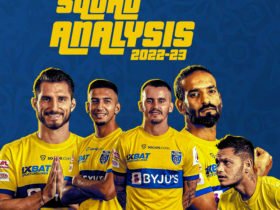