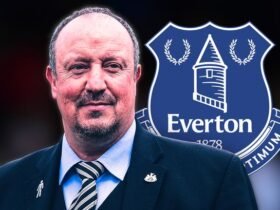 Mumbai City FC
The first ever team to complete a double in ISL by winning both league shield and ISL trophy in the same season.

None the less MCFC has put up another strong unit to fight it out in every competition with some big names as their foreign recruits.

Let us take a quick look at the foreigners set to done the MCFC jersey this season.

Fall is not an unfamiliar name in the league as this 6’3 big man has earned quite a name for himself from his first ever appearance in the ISL itself. A silverware has never been a problem for Fall as he has won almost every competition he has ever set his foot on including a continental championship when he won the CAF champions league in 2016/17. Not just that but he has also been a major factor and an important piece of Lobera’s system be it FC Goa or MCFC Fall has played an Anchor’s role in helping both these clubs win their first ever ISL league shields in respective seasons.

Jahouh is another familiar name in the MCFC ranks as he has also been a player who has already proven his worth and mettle in the ISL. With a total of 188 games under his belt Jahouh is sure to be that impact player that Mumbai City FC will look up to inorder to repeat what they’ve done in the previous season as it has been evident that Jahou controls most part of the Mumbai Midfield and doesn’t give their opponents any opportunity to get past him and whenever he’s been absent the opponents have had a upper hand against MCFC. So Jahou’s Role is much of a midfield maestro who has the responsibility to keep the Mumbai ship stable.

Brad Inman is a familiar name in the ISL as he has already doned the colours of ATK Mohun Bagan and Odisha FC in the ISL. A name which is famous in the A-league but couldn’t be much influential in his ISL stints. If we keep aside the point that he wasn’t as influential as one would want him to be in his previous ISL teams but he still showed signs of how dangerous he can be if used in a manner that suits his style of play. Inman comes into the squad after playing his part with Western United in A-league and he fills the Asian Quota of MCFC which was previously held by Fondre. Although Inman isn’t expected to get much playing time as his fellow countrymen Fondre did we may expect this player to come from the bench and show us why exactly Mumbai needs him in this ISL and Inman would also try to cash in on the opportunities he gets so as to make this year’s ISL season a remarkable one for him.

Cassinho is one of the players that can turn out to be a big name after this season as this player comes from the land of Samba and football after plying his trade in Brazilian top division and 2nd division leagues. Last football season didn’t turn out well for the Attacking Midfielder who can occasionally be used as a winger too as he didn’t have much playing opportunity and wasnt able to contribute in a productive way for his team Vila Nova in Brazilian 2nd division. But a player of his calibre with the experience of playing in North America’s top tier definitely has the potential to turn some heads his way this season in the ISL.

Another young gun to the arsenal of MCFC this season is Catatau from Brazil who played for a brazilian 2nd division team Madureira Esporte Clube (RJ). Even after given time to show case his talents he couldn’t make the most out of it as he could only garner one goal from the 16 matches he played. But a change in scenario especially coming to play in India from Brazil with the experience of fighting it out in the brazilian top division can definitely be a big boost to his career as he may turn out to be a star name upfront this season for MCFC even if he is used from the bench. The fact that he is just 26 years old also adds to his advantage as he may also be considered as a future prospect that MCFC would love to capitalise if Catatau makes most of his chances. It will be interesting to see if Buckingham tries to play him alongside Angulo as a two striker option which may turn out to be a very dangerous threat for MCFC’s opponents.

When you talk about Angulo there’s only one thing that comes to our minds that is Goals. The Spanish striker has been a force to reckon in the previous ISL season when he took ISL by storm netting 14 goals for FC Goa in the 2020-21 season which was enough for him to win the Golden boot of the season. The Veteran who has a staggering no. Of 434 club games under his belt is sure to play out of his skin this season too but for Mumbai City FC. But in the absence of Hugo Boumas who usually creates most of the key chances it will be interesting to see who does Buckingham turn to as the person who will help Angulo to keep his scoring form up to mark. Angulo may be a bit Older to other strikers in the ISL but he definitely hasn’t lost his charm yet as he knows exactly how to finish a pass or cross and convert them to a goal even in crucial situations. There was no doubt that after the sale of someone like Ogbeche MCFC will definitely go behind one of the top strikers in the league itself to keep their standards tight and steady. And their pursuit came to an end when they signed the Golden boot winner Angulo himself. With all the accolades and potential that Angulo posses there is not even a small doubt that he is gonna be the Star man for Mumbai City FC this season in pursuit of a second consecutive league shield and ISL title.