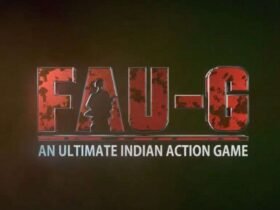 The Indian esports segment is marking its significance with the growing demand for console, PC and mobile gaming players. With the cutting edge technology being accessible to everyone the industry is able to flourish presenting us with champions of the new generation in Indian esports. Below are the journeys of esports athletes who are setting up their mark in the ecosystem with their sheer hardwork and dedication in the esports industry:

Be it the Waugh brothers (Steve and Mark) in cricket or the Bryan brothers (Mike and Bob) in tennis, the sporting world has seen some of the greatest twins who not just played the sport together but also left the world in awe with their outstanding careers. Now it’s time to witness another twin in action and that too in the fastest-growing Esports world as Anand Madhukar Dushing and Swastik Madhukar Dushing are ready to set the virtual gaming world on Fire.

From casually playing games on sister’s phone to representing India at the World Esports Cup in Brazil in 2019, Dushing brothers have come a long way. The duo, who hails from Ahmednagar—a city located in Maharashtra, is currently the only twins to play competitive esports in the country.

Their father used to be a government employee while their mother, a housewife. Just like any other kid, Anand and Swastik would play games on the phone just for fun before they decided to pursue it as a full-time career after their 12th board. However, it wasn’t easy for them to convince their parents about their decision but with the help of their elder sister, they eventually got the nod from their parents.

While things are going great for the brother duo, with a sudden stroke of luck things went south as Swastik was handed over a one-year ban from participating in tournaments because of a hacking incident. During this one year, while there were many who spewed venom on him while there were others who stood by him and supported him in his tough times. Swastik continued his practice and participated in some local tournaments and trained harder to get back to the top. His determination, the support of his brother, sister and friends resulted in him making a strong comeback to reach back at the top. In their own words, World Esports Cup (WEC’21) will be the much-needed platform to regain popularity and people’s attention once again. While this Championship will help them to reach a larger audience not only in India but the entire South East Asia and the tournament coverage will provide them the fame that will increase their in-game popularity too.

Shaheed’s career story is going from rags to riches. Shaheed hails from a small village, located 50km away from Ahmedabad. His father works as a driver in Saudi Arabia and his mother passed away when he was 10. Since then, Shaheed has been living with his maternal uncle in Ahmedabad. Playing alongside friends, Shaheed started his gaming journey with Clash of Clans in 2017. While his friends lost their interest in gaming after some time, Shaheed developed a liking and passion towards it as the days pass. He started participating in tournaments.

A keen interest in automobiles led Shaheed to pursue a diploma in automobile engineering but destiny had something else planned for him as esports fever took over him soon enough. Shaheed has represented India at the Asia invitational tournament which was held in Jakarta, Indonesia in 2019. Over the years, Shaheed, who competes in the most popular royal battle game Free Fire, has established his identity and is now popular among esports fans/viewers.

Knowing the importance of such a big tournament, which will be conducted by India Today Group, Shaheed feels it will allow him a platform to increase his fanbase not just in India but also abroad. He says with celebrities also involved, there will be fame as well as its good opportunity from a monetary perspective. In the next 2-3 years, Shaheed aims to grow on YouTube as well but right now his focus is on playing well as a team in WEC’21 tournaments. He is also one of the few original starters of Free Fire as a competitive Esports player in India.

The talented players are currently preparing for the World Esports Cup 2021 (WEC ’21) which is all set to showcase the best rivalries, star Bollywood actor Tiger Shroff will be cheering the Indian contingent as he announced his support for the Indian team and its gamers, competing for the title and the enormous prize pool of $100k. The Bollywood sensation will connect esports to the mainstream and WEC ’21 campaign #GameHaiToFameHai that encourages players to showcase their top game and get rewards as well as recognition in the industry. Apart from India, the tournament will witness the participation of the best esports athletes from arch-rivals Pakistan and Nepal.