With the coming of Battle Grounds Mobile India, foreign investments in the game have ready started. Earlier with PUBG, we’ve seen world-class organisations like TSM and Fnatic investing in India, one of the world’s largest e-sports markets. Following the footsteps, Indonesian giants Skylightz gaming have formed their BGMI roster in India acquiring the services of

This lineup also played the streamers battle of the BGMI launch event, where they took home the third position with one lakh rupees.

Skylightz have their wings spread across Asia with their two Indonesian teams and their Nepali side for PUBG Mobile and free fire and are now entering India for their BGMI tourney.

Battle Grounds Mobile India has also announced that there will be an update regarding the esports scene of the game on July 15th. 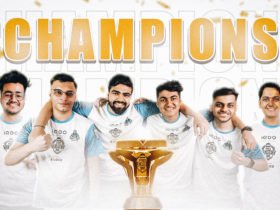 ESPL is back with Season 2, signs TECNO Mobile as the Presenting Sponsor for the Rs. 1 Crore Prize Pool Tournament