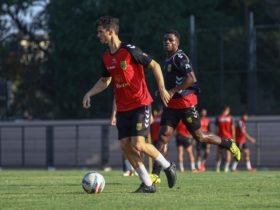 Hyderabad, Jamshedpur face off at Bambolim

e-sports is finally all set to make its way into the Asian games as a medal event. The Asian Games in Hangzhou, which will be the 19th edition of the games is scheduled for 2022 September and will see the advent of eight electronic sports games. The announcement was made on day one of the two-day Chefs de Mission Seminar video conferences for the 19th Asian Games on Wednesday, September 8.

e-sports has been a part of the 2018 Asian Games in Indonesia as a demonstration event showcasing games like Arena Of Valor, Clash Royale, Hearthstone, League Of Legends, Pro Evolution Soccer and StarCraft II and India had a medal as Tirth Mehta won a bronze in Hearthstone.

The games included for the 2022 games are as follows

The Director-General of the OCA,
Mr Husain Al-Musallam said:

“We hope that this announcement allows all participating teams ample time to prepare and equip themselves ahead of the qualifying stages.

“I believe we have ticked all the right boxes ensuring a high level of competition which promises great viewing for enthusiasts and casuals alike.

“We at the OCA are looking forward to working closely with our friends at the Asian Electronic Sports Federation and the Hangzhou Asian Games Organising Committee to ensure a successful execution of the esports event at the 2022 Asian Games.”

Apart from the medal events, two demonstration games, namely the AESF Robot Masters and AESF VR Sports will also be debuting at the Asiad.

The addition of e-sports as a medal event in the games is a clear indicator of the acknowledgement being given to the e-sports industrys’ growth in the past few years. China, Indonesia, India and Bangladesh are just a few names from Asia who are doing great with the numbers ranging from viewerships to the number of active players.